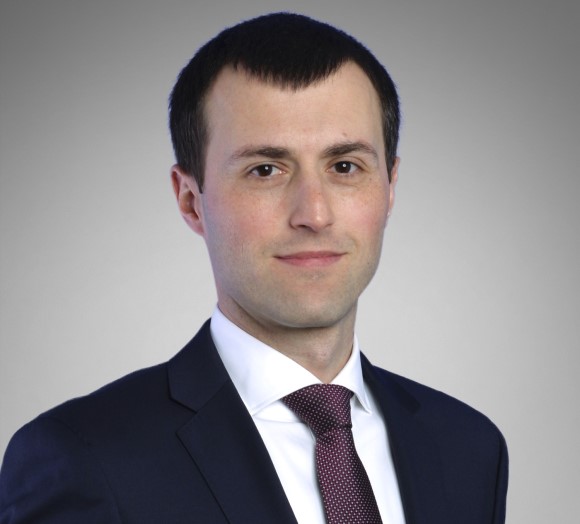 Investment arbitration may be seen as an indicator of business climate, investors’ trust in and predictability of state policies, and reputational concerns for states. We have reached out David Pinsky, a partner in the New York office of Covington & Burling, and asked about the investment arbitration landscape and about his firm’s international arbitration practice. As arbitration counsel in investment arbitration cases involving Ukraine, in particular aimed at recovery of damages from Russia’s seizure of Ukrainian investments in Crimea, Mr. Pinsky explained his commitment to his work from both a professional and a human side. Our editorial team is grateful to him for speaking with us. Olga Usenko: How would you describe the current global investment arbitration landscape?

In October, the International Center for Settlement of Investment Disputes (ICSID) issued its annual report for the 2021 fiscal year. In the past year, ICSID registered 70 new cases, an annual record. And that’s after last year’s record of 57 new cases.

Another arbitral institution, the Permanent Court of Arbitration (the PCA), also registered a record number of new investor-state cases in 2020 – a total of 59. The PCA, unlike ICSID, also administers commercial and state-to-state cases. This gives you a sense of the volume of cases that are being brought, meaning that investors are filing more claims against host states when they believe the host state has violated its obligations under international law.

From my own experience, investors are becoming increasingly aware of the protections that investment treaties and investor-state arbitration offer them, and are considering how to structure their investments in foreign jurisdictions to increase the likelihood they’ll be able to seek redress against the host state if something goes wrong. That may be one of the reasons why the number of new investor-state cases keeps increasing each year.

I think that is probably the headline and why we’ve once again seen a record number of cases in the past year.

O.U.: I wanted to clear something up about the cooling-off period within the framework of bilateral investment treaties (BITs). As far as I understand, it’s not a very efficient tool. Is it?

D.P.: In theory, cooling-off periods are a good idea, because it can be a significant undertaking for a foreign investor to pursue an investment arbitration against a state.

Unfortunately, if an investor pursues an investment arbitration, it may mean the end to the investor’s business in that country. And investors may prefer to try to resolve a dispute amicably, so they can continue to operate in a particular country, especially if the investment over which a dispute arises is but one investment among many in the country.

O.U.: What are the main areas of focus of Covington’s international arbitration practice? How is it organized globally and particularly in your jurisdiction?

D.P.: Covington as a firm is over 100 years old. The firm’s arbitration practice dates back essentially to the firm’s founding.

Unlike some other international firms, Covington’s strategy is not to open offices in dozens of different jurisdictions. Nonetheless, even though our arbitration lawyers are principally based in a handful of jurisdictions — in Washington, New York, London, Dubai, Seoul, and Johannesburg, — we very much have a global practice. We handle cases for Ukrainian clients, for example, even though we don’t have an office in Ukraine, and for clients invested in other states in the region.

You’ve also asked about my jurisdiction. I’m one of Covington’s arbitration partners based in New York. But Covington operates on a “one firm model”. In practice, this means that when we’d like to staff a case or are thinking about pitching for a case, we try to identify the lawyers who have the relevant expertise, regardless of where they are located.

Another point about our history. The firm started as a Washington, D.C. firm focused primarily on regulatory issues. Our regulatory practices today span virtually any industry you could possibly think of, which leads to a breadth of interesting opportunities for our arbitration lawyers.

So, if you look at our arbitration practice, we operate across many different industries. There are, of course, industries in which we tend to handle a greater number of cases because more disputes arise in those industries — for example, in the energy and mining sectors. But, if I think off the top of my head about the industries in which we are currently working, these include energy and natural resources, mining, telecommunications, media, life sciences, food, and many others. One of the reasons for that is the regulatory expertise within the firm that helps disputes lawyers – whether international arbitration practitioners or domestic litigators here in the US or the UK — understand our clients’ businesses and the regulatory issues they face.

Covington today is the largest law firm in Washington, D.C., by number of lawyers. In terms of the size of the arbitration practice alone, we have over 50 lawyers focused on international arbitration across our offices.

O.U.: Do you have any specific focus on commercial cases or investment arbitration? I know that the firm is actively involved in cases in the field of public international law. Do you have this division inside your practice?

D.P.: Within our practice itself, we don’t divide ourselves up by specialty. Most of our senior arbitration practitioners, if not all of them, in fact, have diverse practices and are quite versatile lawyers. For example, I focus on complex international disputes, involving both investment arbitration and commercial arbitration, as well as litigation in support of arbitration. Some of our senior lawyers focus on one particular area but most have diverse practices. But, to answer your question, I would divide our practice into four parts.

First, is commercial arbitration – we are very much focused on that and in terms of volume, this may be where we have the largest number of cases, across a variety of industries.

Third, this brings us to the public international law work that you mentioned. Some of my partners, in particular, Marney Cheek, Jonathan Gimblett, David Zionts, and Nikhil Gore, are very active, as you probably know, doing work for the Ministry of Foreign Affairs of Ukraine. And they have done a very nice job of linking the broader arbitration practice with public international law disputes.

O.U.: What made you decide to work on Ukrainian investment arbitration cases? While preparing for our interview I read that your parents emigrated from the Soviet Union when you were two years old.

D.P.: I think the connection starts with the Yukos arbitration. When I was a young associate at Covington, I had an opportunity to work on an investment arbitration on behalf of minority Yukos shareholders against the Russian Federation. Two of my partners who also do a lot of work in Ukraine – Marney Cheek and Jonathan Gimblett – helped lead this work.

When Covington decided to take on that case, the firm in effect made a strategic decision that we were going to handle cases not for the Russian government and state-owned enterprises, but for clients that were adverse to them.

Also, not having an office in Russia helped to a degree because of the political aspect of the Yukos cases.

In 2014, when Russia invaded and occupied Crimea, my colleagues and I had already worked on cases against Russia and against Russian state interests. For me, because of my background (I was born in Kyiv in 1977 and moved to the United States in 1979), I had a personal interest in what was happening in Ukraine. I remember reading about what was happening in Crimea, and later about what was happening in eastern Ukraine. My colleagues and I then explored opportunities to help Ukrainian investors in Crimea and the Ukrainian government itself. This is how a number of us at Covington began working on cases in Ukraine, and we have found them to be rewarding both professionally and personally given the issues at stake.

O.U.: Could you please comment on these cases from the legal perspective? We are waiting for their outcomes and hope they could be precedent setting.

D.P.: The general point is that investment arbitrations arising from the invasion and occupation of Crimea reflect the importance of investment arbitration as a form of recourse for investors. I don’t want to comment on the specific legal issues in specific cases because these cases are still ongoing. But I am sure the results of some of these cases will be reported publicly as the cases continue to develop, so stay tuned.

O.U.: You have already explained that you are well-positioned to handle cases against Russia and Russian state-owned enterprises. But there is one question that I and many other people would like to ask. Is it possible to enforce the award of international arbitration tribunals against Russia?

D.P.: I think the best reference point may be to take a look at what the majority shareholders in the Yukos arbitration have been doing. Enforcement may be a time-intensive process. For example, if a host state loses at the jurisdictional and merits stage, the host state may have the ability to apply to set aside that award in the domestic courts of the state in which arbitration is seated, which can delay the enforcement phase.

Investors in Russia likely want confidence that Russia will abide by its international obligations and, if an award is issued against it, that Russia will voluntarily pay the award like many host states do — and that there won’t be a long delay between an award and payment of compensation to the investor.

That said, ultimately, there is an avenue for enforcement because most countries, including Russia, operate internationally and have assets in various jurisdictions. An investor ideally does not want to search all over the world for the host state’s assets. But, as you can see in the Yukos arbitrations, that is something that investors sometimes have to do.

O.U.: Covington has a deep commitment to pro bono work, including on matters related to states of the former Soviet Union. What kind of projects do you perform pro bono? How does this policy affect the development of the firm in the broader sense?

D.P.: Covington has long had a very strong commitment to pro bono work. Most recently, in each of the last three years, Covington has been ranked first in the United States by The American Lawyer magazine measured by the average hours each lawyer spends on pro bono work. Pro bono efforts are very much integrated into the culture of our firm because we think it’s the right thing to do.

I also think that the firm’s commitment to pro bono work attracts lawyers to the firm who are interested in not only doing well but also in doing good, in addition to their paid client work.

Certainly, this was one of the reasons why I was attracted to the firm when I was in law school (I have been with Covington for my entire career, beginning as a summer associate).

In my own pro bono practice, I have been focused on media freedom issues. In the year between law school and joining Covington, I lived in Russia, studying media freedom issues on a fellowship from the State Department. When I came to Covington, I very much wanted to pursue that interest. As an associate, I handled a number of asylum cases for journalists from the former Soviet Union, for example, from Uzbekistan. As a partner, I’ve been working on similar cases, supervising associates who have similar interests.