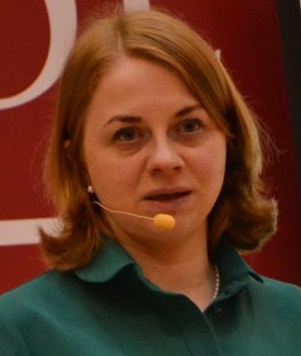 Despite the ongoing lockdown in many resolution procedures of disputes, the administrative procedure remains rather active: businesses and the tax authorities have a number of tasks to fulfill during the quarantine period. Thus, the tax dispute resolution (TDR) practice reacts slowly and not critically towards temporary quarantine regulations. We provide a few comments (“news from the fields”) below on how the situation has changed for TDR with regard to the division into the pre-trial and trial stages.

Based on the requirements of key laws on quarantine (namely, Laws of Ukraine 530-ІХ, 533-ІХ, 540-ІХ), scheduled tax audits are prohibited, and the ones started before  18 March are temporarily suspended until the end of the quarantine. Yet, factual tax audits on certain categories of business activity, cameral, and also audits, related to VAT reimbursement, are still valid. Over the last two months we saw a number of acts resulting from these types of tax audits.

Upon obtaining the acts of the tax audits in question, companies had to submit objections or claims (in case tax notices-decision were issued) during the period stipulated by the Tax Code of Ukraine in order to prevent the status for tax liabilities and fines as “agreed monetary obligations”.

Thus, activities on appeal from the business side were still regular. The tax authorities, in their turn, demonstrated flexibility by allowing the hearing of objections and claims to be organized through mobile conference-calls (there were a few cases recently). In the majority of cases, no on-site meetings were allowed, and the companies obtained only written answers resulting in objections or review of claims. Businesses have also obtained a few notices on suspending the terms of analyzing objections or claims.

Since the court procedure is a long process in all instances,  the parties in tax disputes submitted procedural documents and evidence. It is worth mentioning that submission of these documents via emails by applying an electronic digital signature speeded up the process and made communication with the courts more effective.

It is obvious that the State Budget needs to be fulfilled due to the economic consequences of the lockdown, and the tax, customs authorities will renew their activities on audits as soon as they are allowed to. These audits will definitely have more of a fiscal approach to them. The number of TDR cases may increase significantly due to the above obstacle. Thus, a business can decide whether to allow the start of tax audits in the second half of the financial year or apply the legitimate procedure of not allowing a tax audit to start. The risky question in this matter is the possible application by controlling authorities of the tool of “administrative arrest”. This tool can be mitigated though.