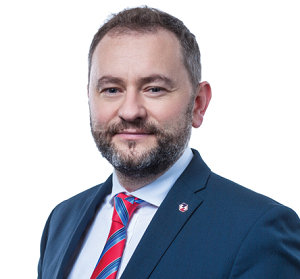 INTEGRITES acted as a local counsel to NBT, a Norwegian wind power developer and one of the largest foreign investors in Ukraine, on signing two Engineering, Procurement and Construction (EPC) contracts for the 300 MW second stage and 450 MW third stage of the Zophia wind park in Ukraine (“Zophia II” and “Zophia III” respectively). The EPC contracts have been signed in Beijing with China Electric Power Equipment and Technology Co, Ltd, the EPC subsidiary of State Grid Corporation of China.

INTEGRITES has supported NBT on all the local legal issues with respect to Zophia projects starting with the acquisition of the project company and following with the comprehensive advice on land, construction, financing and development matters.

With total investment of approximately EUR 1 billion, once completed, the wind farm will become Europe’s largest onshore facility supplying electricity for up to 350,000 households in Zaporizhia region.

At its full capacity, the project will consist of 180 wind turbines and produce 2,900 GWh of power annually. The wind park is expectedto reduce CO2emissions by 1,600,000 tons per year and provide up to 2,000 jobs during its construction. Electric power generated from Zophia will be sold to Ukraine’s Guaranteed Buyer – the state-owned company which is a wholesale electricity market operator.